The new Surface Pro 9 was shown at a Microsoft event 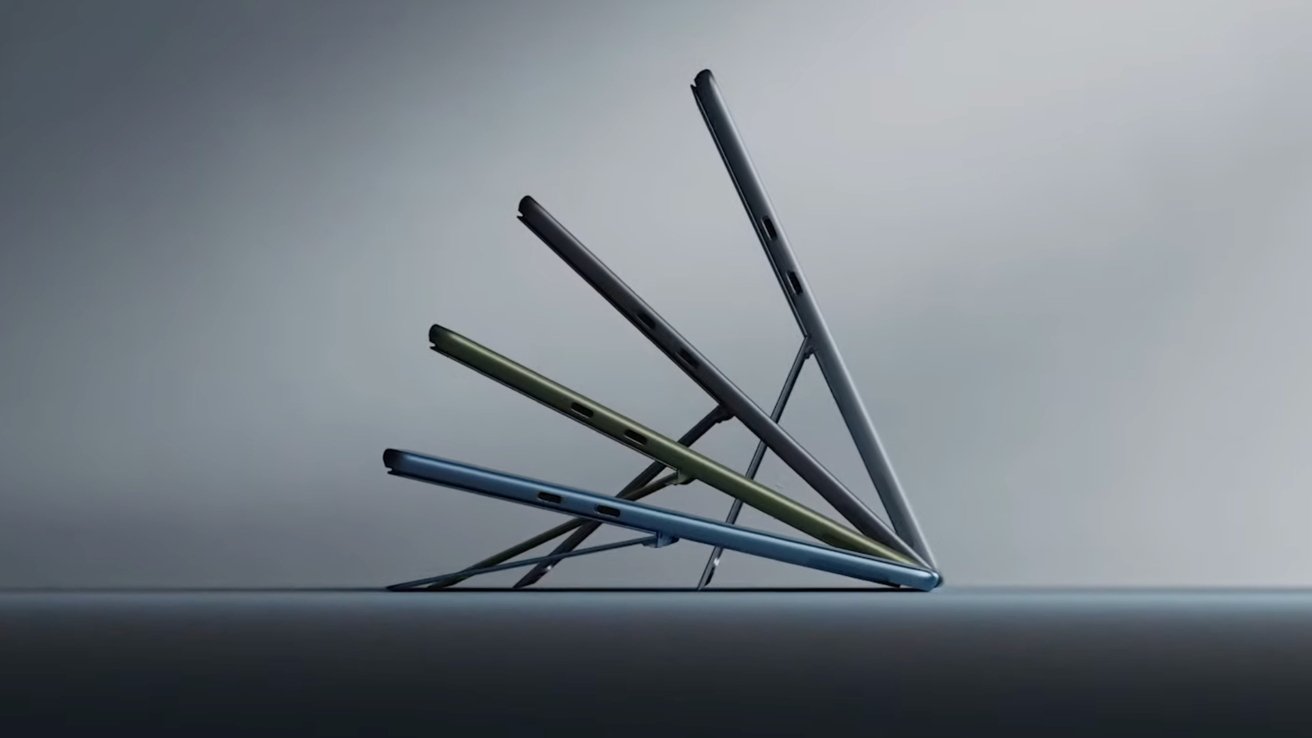 AppleInsider may earn an affiliate commission on purchases made through links on our site.

As part of the annual upgrade cycle, Microsoft’s Surface Pro 9, Surface Laptop 5 and Surface Studio 2 Plus were introduced with new Intel processors for the first time at roughly the same price points as previous models.

Along with several new Surface computers, Microsoft also released information about a new audio base and Windows 11 updates. Accessibility was also an important part of the event with new software tools and features.

Microsoft, like Apple, offers a collection of hardware, software, and services that unite into a unified experience. The event emphasized how products work together to help people get work done and play.

The SQ3 ARM processor is the only option that supports 5G cellular network. There are multiple color options for the keyboard and tablet case, but the tablet colors are limited to Intel models.

It has a 13-inch PixelSense display that can be detached from the keyboard. The laminated screen brings writing with the Surface Slim Pen closer to the content.

The Surface Slim Pen has a precision device to provide a slight sense of friction when writing. The button on top of the stylus can be pressed to open One Note anywhere.

Unlike the Surface Pro 9, the Surface Laptop 5 is Intel only. It comes with Thunderbolt 4 and lacks AMD options.

The design hasn’t changed significantly from the Surface Laptop 4. A new green color option is available for the 13.5-inch model.

Configurations start with 256GB of storage and 8GB of RAM. It can be increased to 1 TB and 32 GB of RAM.

The Surface Studio 2 Plus is a bump in specs over the current four-year-old model. It gains an Intel 11th Gen Core i7 processor and an Nvidia RTX 3060 GPU with 6GB of VRAM.

Other than that, the Surface Studio 2 still has the same 28-inch PixelSense touchscreen with a resolution of 4500 pixels by 3000 pixels. It gained Dolby Vision support as well.

There are three Thunderbolt 4 ports on the back with support for connecting three 4K displays.

Audio base and adaptive accessories

Microsoft wrapped up the event with some extension announcements. There is a new audio rule intended to help deconstruct the user’s desk and the release date of adaptive accessories.

Audio Dock is a large, pill-shaped speaker system with large buttons on the top for easy control. It has a hub on the back that contains HDMI, USB-A, and two USB-C ports.

The connected computer gets pass-through charging and access to up to two monitors that can be connected via HDMI and USB-C. Transit charging provides 60W of power.

Along with this speaker hub, Microsoft has unveiled the Presenter Plus remote control. The remote acts as a simple console in Teams to use away from keys, such as in a meeting room environment.

Finally, Microsoft announced that its long-awaited collection of accessibility extensions will be available on October 25th. The system includes a programmable button, an adaptive mouse, and a Microsoft Adaptive Hub.