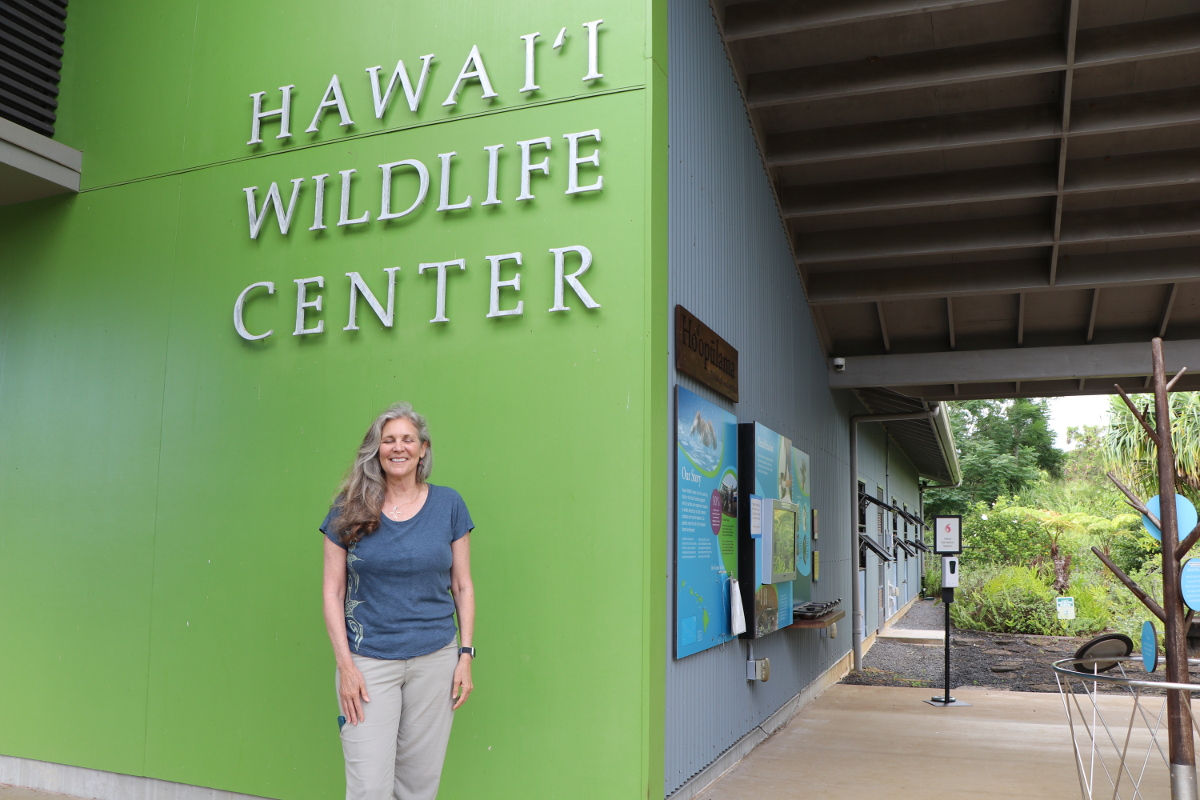 On any given day, the Hawaii Wildlife Center has 20-30 patients. Many of the infected birds and bats that arrived here were harmed by things people made, such as golf balls, power lines, cars, guns, and poisons. Add cats, dogs, ferrets, and mice to the long list of things that threaten both forest birds and seabirds.

More than a decade ago, HWC President and Founder Linda Elliott worried that Hawaii was the only state in the country without a wild bird response center. “Here we are working in the endangered species capital of the world and lacking a caring resource for our native wildlife. In the 1990s it became my job to meet this need. Now ten years after opening, we have treated 3,000 patients with feathers, and a few bats.”

Today, Susan Case, President of DLNR, presented HWC with the DLNR & YOU Citizen Conservationist Award for their tireless professional efforts. “Although the wildlife center is located on the island of Hawaii, infected birds come from all the other major islands. Each year, from Oahu alone, the HWC responds to 600-700 shearwaters in the Wedgetail, where those in need are transported Long-term care to the main Kap’au facility for assessment, rehabilitation if necessary, and release.” 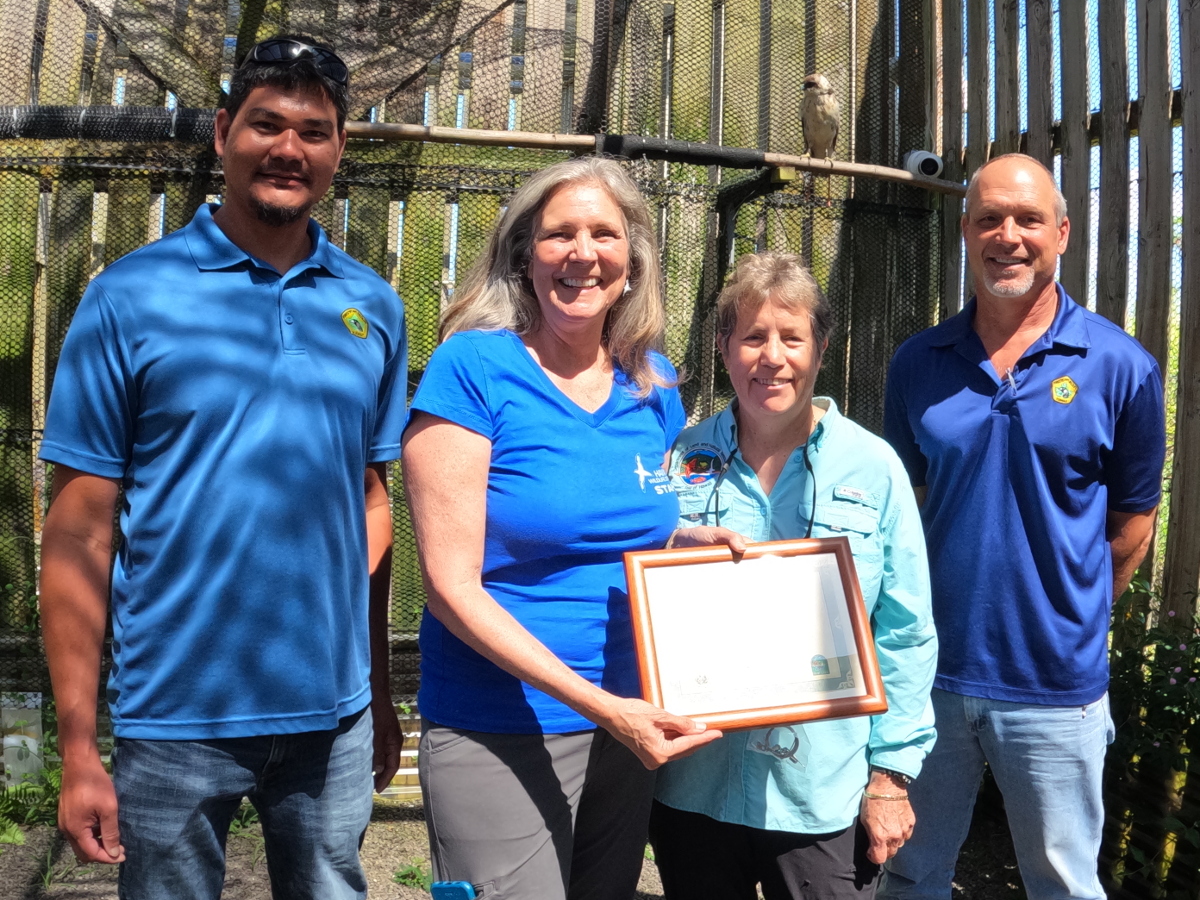 Currently, until mid-December is the time of year when shear waters fall. Explaining the center’s reach and influence statewide, Elliott said, “The mower season really keeps us busy, as does the manu-o-Kū program in urban Honolulu. Also known as the White Tern or Fairy, orphans who can’t Bringing them back to their nests, they are brought to us and then in partnership with the Honolulu Zoo, we are making a soft release.

Stories of treatment, care, rehabilitation and release of hope are limitless. In August, veterinarian Dr. Juan Guerra of HWC joined forces with Raymond McGuire of the Department of Forestry and Wildlife (DOFAW) at DLNR to release a pair of Nun (native Hawaiian geese) at the Hawaiian Nene Island Preserve.

Video provided by the Hawaii Department of Land and Natural Resources, by BIVN. Synthesizer voice was used in the narration of this story.

“Our ultimate goal is to bring the birds back into the wild. Every time we release birds it is a renewal of my soul. We have good days and bad days at the center. Some days we have to help the bird by ending its suffering. Other days Dr. Guerra commented on the triumph of release.

McGuire added, “Even with Nun who underwent rehab, whether it was a golf ball hit on a leg, an injured or amputated flank…in that case they should be mercifully killed…from HWC Hospital and DOFAW Predator Resistant Sanctuary where they can Release the birds to live their lives safely in their natural habitat.” 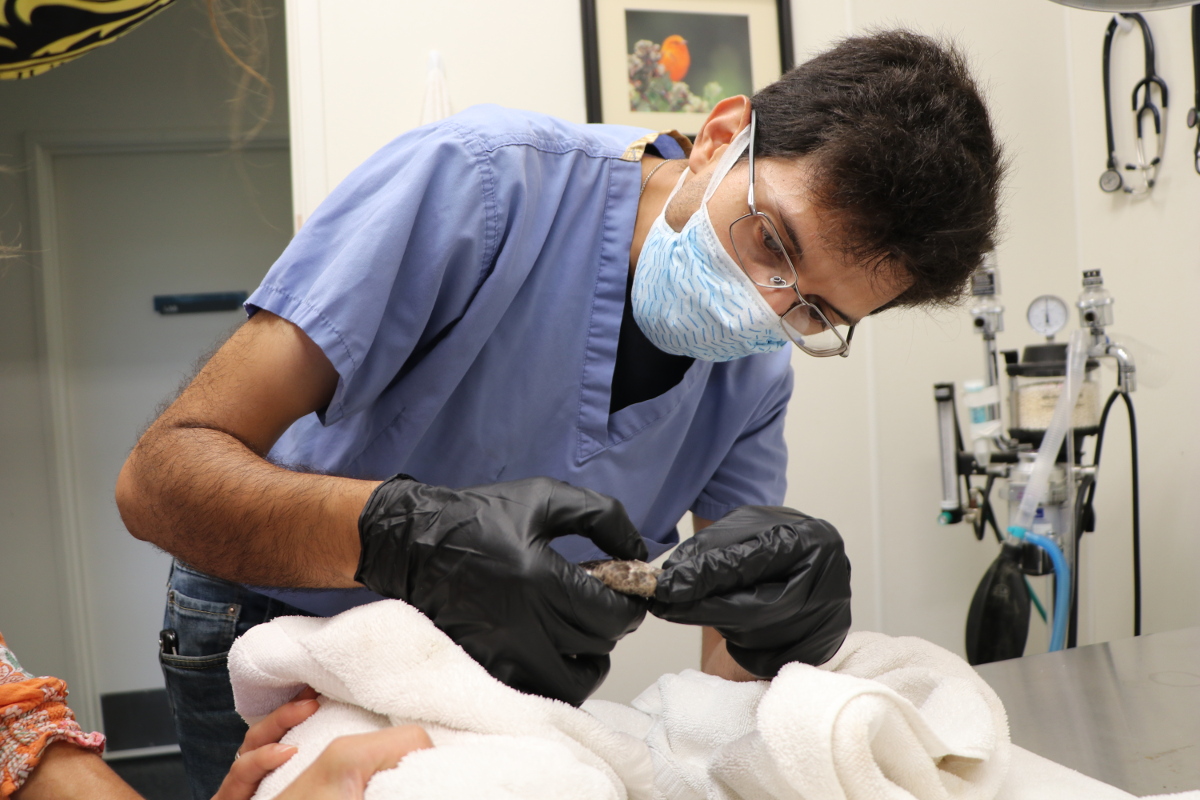 Elliott, president of HWC, notes that in the past year, 88 percent of the birds and bats that the center used to care for, or are in permanent care, have been released or are in permanent care. “In wildlife rehabilitation, success rates can usually be around 50%. It depends on the health of the animal. The earlier they are found, the sooner we take care of them, the better the prognosis.”

In addition to the hospital building and visitor information exhibits, on the grounds there are several cages. In one is a three-year-old Makaiu, a Native Hawaiian hawk (i’o). He arrived at HWC with an eye and a wing wound. The wing was healed but his right eye was blind.

Dr. Guerra explained, “This bird can fly. Birds of prey, like io, need binocular vision so they don’t miss it. They don’t do well in the wild if they can’t see with both eyes.”

He does Maka’io exercises daily to prepare him for moving to his own private bird in the future, where he will be able to fly wherever he wants thanks to his training with the good doctor. “We want to give him the best possible life and as many opportunities as possible to make his own choices,” Guerra said.

“This is the overriding philosophy and the result of everything the Hawaii Wildlife Center does,” commented Kiss’ Chair. “We are proud to have them as partners in the vital work of caring for our wildlife.”